The Foe of Onwen Brecht
Guardian: ?

Standing at about 6' tall Onwen has an average build but a clean shaven face and neatly trimmed brown hair reveals the squared and chiseled features of his face. His eyes are a light shade of green that constantly seem to survey his environment or gauge the person who is speaking to him.

He favors finely made wizard robes and cloaks with his favorite being a dark blue robe with black trim. He carries a staff made of oak that has an onyx gem in the form of a small sphere clasped by a steel claw set at the end of the staff.

Born the second son of a Cormyr nobleman Onwen spent his life in the shadow of his older brother. Boeric got everything from their father, wealth, looks, intelligence, and eventually the Brecht estate and Onwen was only destined for the leftover scraps. Whether this was the reality of not, it was Onwen's perception.

But Onwen became a master at disguising his bitterness toward his brother, and his lot in life. In his youth he spent much of his time in hedonistic pursuits, squandering what "leftovers" his father threw his way and in fact he grew to appreciate the fact that he seemed to have many of the benefits of nobility without the overwhelming responsibility that his brother often faced; it helped to placate his sense of bitterness and injustice.

Onwen was sent to study at an arcane academy and returned ready to fulfill his role, though begrudgingly, as a mage and adviser for his brother but as fate would have it he would fall in love with his brother's new fiancee, a beautiful half-elf woman named Audreeana. To his surprise, she returned Onwen's interest and they began a love affair that culminated in the two eloping and making their way to the Sword Coast.

Audreeana would not survive the journey, however, and fell victim to a mysterious plague that ravaged the caravan that they were travelling with. Heartbroken, Onwen did what he could to preserve Audreeana's body and vowed to find a way to cheat death and return her to life. He set up residence in Waterdeep and joined up with a band of adventurers hoping to fund his research and perhaps even come across ancient tomes or artifacts during his travels that he can use to cheat the fates which seem to have dealt him such a wretched hand.

He pushes his bitterness down and tries to make the best of what he has while biding his time and garnering his resources for the day he will be reunited with his love.

Onwen has generally turned his back on the gods in bitterness; he holds a particularly strong grudge against Talona as he sees her as responsible for the disease that ultimately claimed his lover's life.
Familiar / Side Kick / Craft

Shaman Guardian Protects: The secrets dispensed by Daishain are protected from prying eyes. 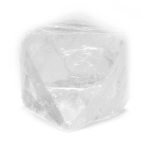 --Features and Traits--
Spellcasting
Arcane Recovery: Once per day when finish a short rest can choose to expend spell slots to recover. The spell slots can have a combined level that is equal or less than half your wizard level, and none can be 6th level or higher

Arcane Tradition: Necromancy
--Necromancy Savant: Gold and time spent to copy a necromancy spell into spell book is halved
--Grim Harvest: Once per turn when you kill one or more creatures with a spell of 1st level or higher, you regain hp equal to twice the spells level, or three times its level if the spell belongs to the School of Necromancy

PERSONALITY TRAIT: I hide my true feelings of bitterness and injustice under a veneer of friendliness and courtesy.

IDEALS: I believe that the ends justify the means, especially as it relates to my goal of returning Adreeana to life. I would sacrifice nearly anything or anyone to have her back.

FLAW I am secretly jealous of and indignant toward those that I perceive of being of a higher social status than me and I have particular scorn toward first born noble children/heirs to noble houses.
++I tend to get a sense of satisfaction by demonstrating my superiority over other mages. I like to take memento's from those mages that I help kill or defeat.

The ROK II Player to Player interface allows your Character to make secret meetings with other Characters to create alliances or establish secret relationships. The option to reward each other in certain areas is offered: Devious, Sensual, Romantic, Friendship, Chivalry and the Art of War.

Discuss It!
Palace Of Parody: What are your thoughts about this Topic? By California 5 Hours Ago

Discuss It!
Tabletop RPGs vs Video RPGs vs Play By Post RPGs vs Text RPGs: What are your thoughts about this Topic? By Chaospaladin 9th Jun, 2020 - 8:10pm

Discuss It!
Text RPG Descriptive Writing: What are your thoughts about this Topic? By Ammon 13th May, 2020 - 9:21pm

Discuss It!
Text RPGs: Reading vs Comprehension: What are your thoughts about this Topic? By Bowjangols 8th Dec, 2019 - 10:32pm

Discuss It!
ROK II Text RPG Testimonials & Reviews: What are your thoughts about this Topic? By Smeowlin 2nd Mar, 2019 - 9:22am