A lone wolf named, Stephen Paddock of Nevada, at 64 years of age decided to shoot into a crowd of country music goers killing 50 with 200 and counting injured. Stephen Paddock was shooting from the floor of a hotel. Police had to break down the door and kill Stephen Paddock. The USA is in disarray with lone wolfs and terrorists seeking to kill many people at random. 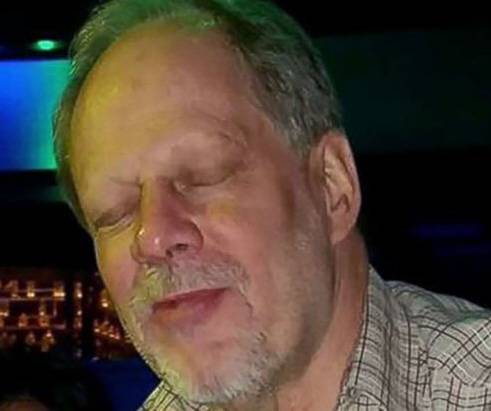 There is a lot to be learned yet about this shooting but it is a serious threat to the USA with people who are able to go and kill people with regard to peoples lives. I find it sad that people will use this as a way to try and take weapons from law abiding citizens now.

There was plenty of security and police on the ground but who thought about a gun man shooting from above. These shooters are getting more creative in looking for vulnerabilities in security. The conundrum of these large public events is trying to get people in fast but still keeping security high. No one wants to wait 3 hours to get into a concert. If someone like the President was attending there would be snipers, security on each level of each building, etc. This might need to be the new norm given what happened here.

This is pathetic. What is wrong with people? If you want to commit suicide why kill all of these other people? How evil.

I looked up the name. First pictures show him as old white did with beard. The one picture looks like he was drunk. Police said there was major firepower in the hotel room so that's why he was able to sustain rapid fire for so long.

A person with a bit of training can sustain this type of activity with three rifles and a lot of ammunition. Three rifles so when one gets hit he can put it down and pick up another one. They all need to be magazine fed rifles and those magazines need to be pre loaded.

My guess is he had the magazines pre loaded to sustain this type of attack. I heard he had ten rifles with him… but that was an early report and could b wrong. He didn't need ten, that could actually slow him down especially if they were different calibers.

Okay, now my thoughts on this tragedy. If this guy wanted to commit suicide rather than just kill people he should have saved a bunch families grief and simply used the first bullet on himself. I think that wasn't his intent though, this was a statement for something and he planned this out.

Sympathies go out to the families of this horrible tradgedy. I heard the figure of those injured has increased to 400. Keep in mind that some people may have been trampled on when the panic set in and everyone tried to escape.

On another note Trump's tweet on this was at least appropriate, could you imagine if the gunman was Arabic or Black?

The news, such as it is, is reporting that ISIS is taking credit for this. Supposedly he converted to Islam. I find that hard to believe, he doesn't even come close to the profile of people who do this. But if it's true then we have to respond. And yes, this was not suicide but a statement of some type. Whatever that statement was is what law needs to discern now.

Australia Coronavirus - COVID-...
By News 1 Hour Ago
Princess Beatrice Of York
By News 4 Hours Ago

Lightsabove Introduction
By JB 5 Hours Ago

Bastian the Dragonborn
By Roleplayer 6 Hours Ago

Character Death: Reaper's ...
By ROK Harker 6 Hours Ago
Chimpanzees 101
By News 6 Hours Ago

Will the Knight
By Will 12 Hours Ago
Updated every: 31 minutes

The below Topics have Zero Replies, can you be the first to comment on one or more of them?
Updated: Every 30 mins.

Exit 0
By Adventure 2.1 Days Ago
Microorganisms Carry Memories ...
By News 4.7 Days Ago
Alejandro Ripley Murder Case
By News 6.4 Days Ago
Contact-controlled Aging
By News 6.7 Days Ago
Patrick Ewing
By News 1 Week Ago

Art About Racism
By JB 1 Week Ago

Words Of The Holy Elder Of Sar...
By Krusten 1 Week Ago