The current Role-playing Game is: Ruler of Kings II

Update November 2018: Please note that we no longer service Dungeons & Dragons / Pathfinder games here as our focus will be on our in house custom systems like ROK II that concentrates on role-play rather a need to know rules, have special dice rolls, or a Dungeon Master that is often inconsistent, etc. While Dungeons & Dragons is quite popular it is often run with certain expectations that are not all inclusive thus limiting the kind of Player participation that should be free and open.

To start participating in Play by Post Dungeons & Dragons in the Member Wars Board you need to follow the below steps:

Membership is free! Ensure you read the Registration rules as our Community is very strict in the way it is moderated as we cater for a more mature minded participant. Potential Players who take it lightly often find their account deleted. Join Now.

There is a link in your Registration Email (The one you Registered with) that must be clicked. If you did not get the Email it may have gone to your Spam / Junk folder. Optional: Please check there and use this tip to make sure our Emails go to your Inbox next time: Avoid Legit Emails As Spam.

A couple of lines about yourself (No confidential or contact info please) and your purpose for joining. Post Your Introduction. Once posted it needs to approved first before being made public. Sorry for this extra step but it protects the Community from spammers and malicious advertizes.

4. Decide which Dungeon Master's Game you will join

Each Dungeon Master has their own rules and requirements for Players. See Member Wars and look for the Threads that talk about "Character Creation".

If the Thread is Closed / Locked it means that Dungeon Master is not accepting any more Characters. If it is open then click on the link so the Thread / Topic can open and use the "Create Role-playing Game Character" Button at the top of the page (See attachment below). You will then be able to establish your Character and the necessary fields to hold player information. Let the GM know about your Character in the same Thread.

5. Don't become lost or start talking to yourself 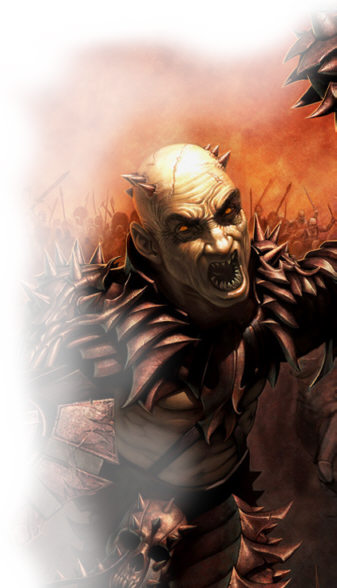 UPDATE: The Text Role-playing Game Creator can help you create a Dungeons & Dragons 2.0, 3.5 and 4.0 Characters.

Still Have Questions About Dungeons & Dragons? Ask within this Thread or Member Wars Support.

Rather off topic, but...
An older guide that may also be helpful: Dungeons & Dragons Play By Post: How It Works

Use any of these to help you make the best use of Character building and Role-Play Gaming.

D&D combat in one page (Of really small type)

Every round, each person acts once, from highest initiative to lowest. Your initiative is determined by rolling 1d20 + your Dexterity bonus, and stays the same until the end of the combat.

If some participants are taken by surprise, the other ones get a free round before the surprised ones can act.

Before the very first time you act in a combat, you are "flat-footed"; you don't get a Dexterity bonus to your armor class and can't make Attacks of Opportunity (See below).

Some things that you do (Typically, actions that distract you from defending yourself) provoke an Attack of Opportunity (AoO), which means that nearby opponents get a free attack (Although a combatant can only take one AoO per round, even if multiple opponents provoke one). So try to avoid that. Withdraw and Move Five Feet are particularly helpful in avoiding attacks of opportunity while remaining mobile.

I've left out actions that are obscure or high-level. Actions that provoke 'Attacks of Opportunity' are marked with a star.

A combatant reduced to 0 hit points is disabled (3 action points per turn). At -1 HP, you're dying. Every round, you have a 10% of becoming stable; otherwise you lose another hit point. When you reach -10, you die. You can stabilize someone by successfully making a DC 15 Heal check.

If the defender is behind physical cover, he gets +4 to his armor class.

If he has concealment (E.g., in darkness, fog, or tall grass), then any successful hit on him has a 20% chance of missing anyway.

If you and an ally are on opposite sides of a defender, he is flanked and you both get +2 to hit.

You can make other kinds of attacks than just swinging or shooting at someone, if you're feeling creative:
Post Date: 10th Mar, 2016 - 2:34am / Post ID: #
Quote
Hunter