Our in-house custom RPG creator for Forum Play By Post can be discussed here. It forms the base of holding and progressing your Character for ANY role-playing game system. Best of all it is constantly being improved.

The current Role-playing Game is: Ruler of Kings II

This custom coded Text Role-playing Game Creator is a set of custom coded features for serious RPGers and Game Masters playing within this site. You do not have to download or install anything. The Text Role-playing Game Creator fits ALL systems because it provides you with an effective way to keep your Character's information online for anyone to see. You can use this for any Dungeons & Dragons (All versions), Pathfinder, Traveller, Star Wars, Horror, Detective, Super Heroes, JB's custom Role-playing Games and many others.

See available games using this system: How To Find The Role-playing Game That Fits Me?

Dungeon Masters, Game Masters and Referees have facilities to control different aspects of their game. For instance, who is allowed to play, are Characters approved, see the whole party, see when a Character has been updated, warn or nag delinquent Players, anti-cheating dice, map uploads, secret messages and a lot more.

AVATARS - If you were looking for the way to make Role-playing Game Avatars appear in your Posts then you first must create a Character using the "Create Character" Or "Create Associated Character" Button in any Thread that is designated as an Role-playing Game. You will be given choices to choose an Avatar, Familiar, Symbol, Style, Weapon Location and a lot more. All current Role-Playing Games have this button. When you Post within the Role-playing Game you will see your Character's Avatar show. 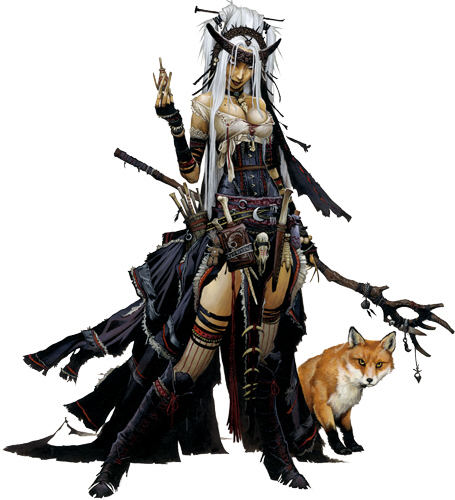 In the "Status" Field on your Character Sheet you will be able to choose your Character's reaction to the rest of the group (Should you be part of a party or squad). For instance, your Character might be the "Leader" As in Party Leader or Squad Leader. It may be that your Character has no major role other than being part of the Party so you may select, "Follower". If you select "Leader" Which is for the Player designated as Leader, then your Character's Posts are highlighted in a different way than other Players. If you designate yourself as "Loner" Then you will also be highlighted in the opposite way. This allows players to see who is likely to be oppositional or feisty.

The Beginnings… Coding From Scratch

This creator will fit ALL of our Role-playing Games because there will be fields for any kind of stats you need. You will be able to create your own space for your Character as well as '*Tongue-in-cheek*retty' it up with many graphic and input selections.

I am starting with this script first before I change over the Role-playing Game Boards to the Mobility Skin so no information is lost. In this Thread you will be able to see the updates as I create it as well as put any questions, bugs or concerns about its use.

I'm excited to see what you come up with for our characters. More space to add info is good but I also like the idea that I can have my character looking cool. I was worried about losing that as you changed over to the other theme.

I'm making good progress so far and will soon be ready to test openly. Who is ready to help me test this? ;)

This online Character sheet will be Mobile responsive so you will be able to see and update your Character via your tablet or phone with ease!

You can see a screen shot below. You will be able to edit everything (Character history, stats, avatars, etc.) via one separate interface that is different from your Member controls so there is no mix up. Additionally you will have your own URL to your Character so you can show him/her off to everyone.

Even Game Masters will have their own layout. There will be no need to wait on me to make things fancy, you will choose how you want your Character to look.

There will be so much to this as time rolls on that you may become addicted to creating Characters!

The idea sounds really good. Count me in, I will like to test it out and see how it all works.

Will there be spaces to add a description, note on current adventures and keep information on your character?

Yes of course, you will be able to add that and more specifics like equipment, equipment in storage, and so forth. It will also not be a stagnant program but constantly improved.

I will be here to assist you on this too. I know that could be a useful tool

This one Thread is dedicated for the testing of our Text Role-playing Game Creator. You will see that my Member box has been downsized and so too my avatar. On the right is a link to my Character. In this Thread I'm the 'Game Master' simply because I started the Thread. When you start an Role-playing Game Thread it will make you the Game Master automatically. This takes away the need for anyone to designate you. To prevent silliness from taking place the only thing is you will need to await a Moderator to make your Thread an 'RPG' Thread. This is something that is done in the background and enables the features to be executed.

Now I need to make the GM's more unique. As it is now they select the Player Avatars but as GM they will have their own unique set. Additionally, they do not need all the fields players have so their Character Sheet will look different.

Please try it out by selecting the button [Create Role-playing Game Character] at the top left of this Thread. The instructions should be clear enough for you to follow.